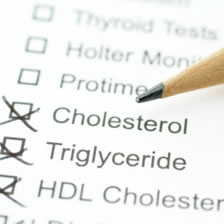 Most of us have been led to believe that cholesterol is the culprit behind rising rates of heart disease. For over 60 years, we’ve been getting the message that lowering fat and cholesterol (especially our ingestion of animal fats), and using vegetable oil and other substitutes in our diet will protect us from heart disease.

What Cholesterol Does For Us

Cholesterol is, in fact, an alcohol rather than a fat. Cholesterol does not dissolve in water so its primary purpose is to waterproof our cells and hold them together. Because this function is so vital to cell function, cholesterol is most prevalent in the brain and nervous system.

Cholesterol is produced by the liver and by most of our body’s cells. Very little of the cholesterol measurable in your blood is due to what you eat.

· Cholesterol is the mortar used to fortify cell membranes. It provides the stiffness and stability they need to work.

· The brain and nervous system depend upon cholesterol for both the creation of neurotransmitters like serotonin and dopamine, and their ability to attach to receptors.

· Cholesterol is necessary to produce vitamin D–low levels of which have been linked to depression and heart disease.

· Bile salts, necessary for the breakdown of carbohydrates, fats, and protein, are created with cholesterol.

· Mother’s breast milk is 60% cholesterol. It is necessary for the development of the infant’s brain and nervous system. Recommendations to limit fat and cholesterol in the diets of young children resulted in increased infant mortality.

· Cholesterol is the cavalry of the immune system. When damage and inflammation occur in blood vessels, cholesterol rushes to the site to make repairs and protect membranes. Cholesterol acts as an antioxidant to protect cells and tissue from free radical damage.

So why have we been told that HDL’s are good and LDL’s bad when they are both vital and necessary?

LDL’s are the immune system’s soldiers. As damage occurs in the membranes of blood vessels, an immune response is triggered: inflammation.

As blood vessels become inflamed, they constrict and the blood gets thicker and more prone to clotting. White blood cells rush to the site to break down and dispose of damaged cells and the area is triggered to create new cells. Cholesterol, mostly in the form of LDL’s, also rushes to the site to help new cells proliferate and bandage damaged areas. This crowding of different cells and compounds can actually cause more damage to blood vessels and increase blood pressure.

Many researchers believe that the presence of LDL’s are due to their attempt to repair heart and blood vessel damage, but that LDL’s themselves are not a cause of heart disease.

It’s like a big battle goes on and LDL’s–there to help–are caught holding the bag and blamed for the whole war. Managing levels of LDL’s is another case of western medicine’s attempt to treat symptoms rather than causes.

In fact, research is now finding that low levels of LDL’s are associated with increased risk of anxiety, cancer and depression. Women with low cholesterol levels tend toward having babies prematurely and having infants with low birth weights.

We’ve also been told that high levels of HDL’s are a good thing, because they transport cholesterol out of cells to be recycled in the liver. But the cholesterol that HDL’s carry isn’t taken out of the body; that cholesterol is redistributed to cells and tissues.

The only truly “bad” cholesterol is oxidized cholesterol. All lipids can be damaged by exposure to heat and oxygen. Some LDL’s are of very small size and can pass through artery walls. Free radicals can then cause oxidation and rancidity, triggering the inflammatory response.

Other sources of oxidized or damaged cholesterol come from a diet of processed foods. High heat damages lipids and cholesterol, increasing free radical damage in the body. Pasteurized dairy products, refined oils and powdered eggs, milk and cheese are sources of this oxidized cholesterol. Oils heated to very high temperatures, as in fried foods, are another source of oxidized and rancid cholesterol and fats. This type of cholesterol is linked to the formation of plaque in the arteries. Refined sugars will also lead to oxidation and inflammation in the body.

What’s Driving All the Misinformation?

Most research in the US is funded by pharmaceutical companies. Scientists that don’t focus on research which leads to the formation or promotion of new drugs find very little backing for their work.

And contrary to what most people believe, the Food and Drug Administration (FDA) does not sponsor or conduct research; they just review and accept or reject research sponsored and conducted by the pharmaceutical companies themselves.

The FDA isn’t really an independent regulatory system. Their regulations are established and influenced by corporate lobbyists, whether they are pharmaceutical companies or food manufacturing companies.

The Research: What Has Really Happened

· From 1920 to 1970, as processed and refined foods increased in the American diet, heart disease became the leading cause of death in the U.S. People ate less and less of the food they farmed themselves or that came from local farms and health messages warning about the dangers of saturated fats in the form of animal products abounded in the media.

During this period, the consumption of animal fat went from 98% to 62% in the American diet. Butter consumption fell from 18 pounds a year to just 4. The ingestion of processed and refined oils, margarine, shortening, and egg substitutes went up 400% and the ingestion of refined sugar and processed foods rose by 60%,

· In 1957, when death rates to heart disease were among the highest in American history, an Anti-Coronary Club was founded by doctors and heart surgeons. The members engaged in a study of The Prudent Diet.

One group of doctors used corn oil instead of butter, ate cereal instead of eggs and drastically reduced their ingestion of red meat.

The control group ate eggs and red meat daily and didn’t much change their ingestion of saturated fats.

· The University of Maryland conducted a study of high-fat versus low-fat diets. After eating the meals, the only significant difference found in the high-fat group was a lowering of blood pressure. The low-fat group? HDL levels decreased and both their blood pressure and blood glucose levels rose.

· Heart surgeon Michael DeBakey studied 1,700 patients with atherosclerosis. Only 20% of them had high blood levels of cholesterol.

· The Framingham Heart Study began in 1948 and went on for 40 years. Contrary to public health messages, the study of 6,000 people found that the more saturated fat, cholesterol and calories one ate: the lower their cholesterol levels were, the lower their weight and the more physically active participants tended to be.

· Another large-scale study conducted in Britain measured the effect of dietary changes in men that smoked. One group reduced their intake of saturated fat and cholesterol and increased their intake of unsaturated fats, margarine and vegetable oils, while the other men continued their normal diet. All of the men were encouraged to quit smoking.

In the end, the group that ate the “healthy” diet experienced 100% more deaths from heart disease and stroke than the high-fat dieters—even more than those high-fat-eaters that continued to smoke!

· Experts in the study of Alzheimer’s disease point out that half of the brain is made up of fats and that research to decrease the incidence of Alzheimer’s should include increased fat intake and increased delivery of cholesterol to the brain.

The passage of these statins through the FDA approval process has been expedited. Lipitor, a drug with many negative side effects, was only studied for 3 years rather than the normal 9-year period.

The Lipid Research Clinics Coronary Primary Prevention Trial (LRC-CPPT) is often cited as evidence for the benefit of a low-fat diet. In reality, this study was meant to measure the effectiveness of a cholesterol-lowering drug.

All the participants were given a low-fat and low-cholesterol diet. Half the group was also given a cholesterol-lowering drug.

The drug did lower heart disease incidence by 24% but also increased death due to cancer, stroke, suicide and other forms of violence.

· Research is finding that statins cause muscle damage and pain. The heart is a muscle.

· Statins have been found to cause nerve damage and impair memory. They inhibit a liver enzyme that manufactures cholesterol that’s also needed to provide energy to cells from our food.

Increasingly, negative health effects are being found with low cholesterol levels from drugs or diet changes.

· Aggressive and antisocial personalities have lower levels of cholesterol in blood tests than others and mental patients that are regressed and withdrawn exhibit low blood cholesterol levels.

What Traditional Diets Tell Us

Cultural studies provide the most relevant research for cholesterol and fat in the diet. Because of the high levels of processed foods (and sugar) in the American diet, it’s hard to glean information from current dietary studies of the population. Traditional cuisines offer up much more valuable data, particularly the following long-lived cultures.

Some of the fattiest diets in the world are found in Austria, Greece and Switzerland, but those fats are not processed, refined or hydrogenated.

The Swiss live almost as long as the Japanese. Austrians and Greeks rank about third on the longevity scale.

The French Paradox refers to the fact that even though these citizens eat high levels of saturated fats: butter, eggs, cream, cheeses and organ meats, the difference between heart disease rates in France and the US are amazingly different.

Again, the French eat mostly farm-fresh and unprocessed foods, a big distinction from the fat Americans ingest, but only 145 out of 100,000 Frenchmen die of heart attack compared to 315 per 100, 000 in the US.  In the Gascony region of France, where goose and duck liver are a large part of the diet, the rate falls to just 80/100,000.

The Japanese have long held a place in the longest-living peoples list. Originally this was thought to be due to their low intake of dairy products and a low-fat diet. Instead, research has found that the Japanese consume more animal fats and cholesterol than Americans.

Over past decades, as the western diet spreads over the globe, the Japanese have been experiencing increasing rates of stroke, heart disease and cerebral hemorrhage.

These warriors of this tribe subscribe to a diet of milk, blood and beef, thought to make them brave and powerful. At age 14, boys vow to eat only this for the next 20 years, ingesting 5 times more animal fat than the average American does.

The diets of countries that line the Mediterranean Sea have gotten a lot of attention lately. Saturated fats make up 70% of the caloric intake in these diets and they have some of the lowest rates of heart disease in the world. 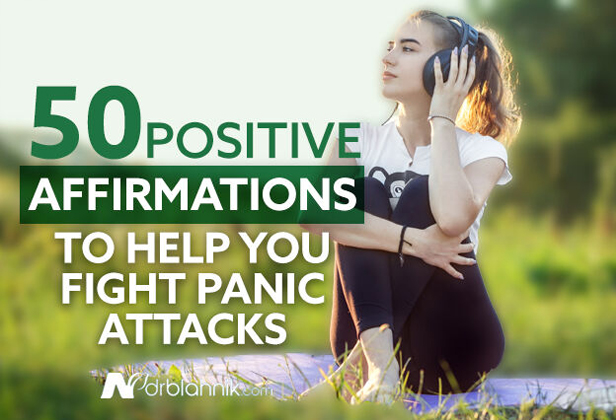 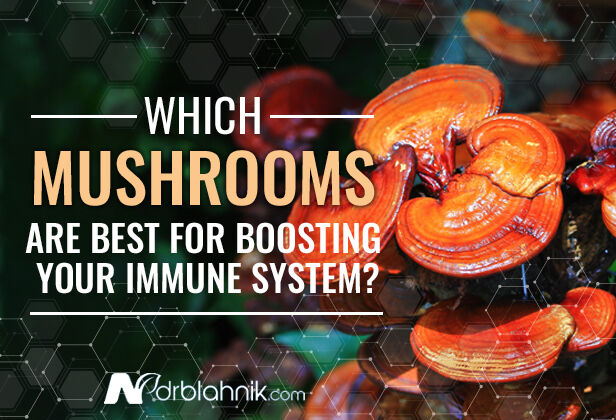